A HEALTHY MOTHER, A HEALTHY NATION 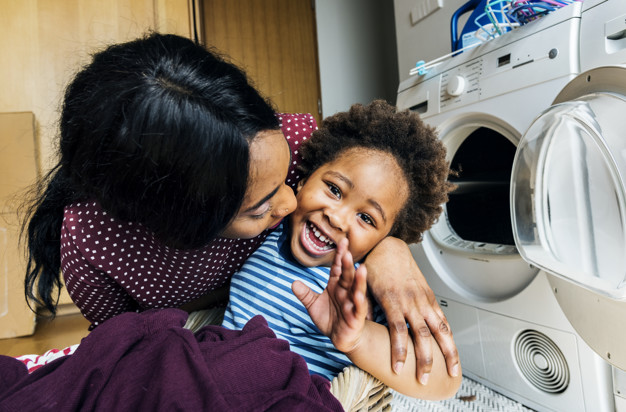 This story sheds some light on postpartum depression, which is a disorder that often goes undetected, undiagnosed and untreated, with a consequential effect on the quality of life of the mother and her offspring.

Mrs D. a vibrant, boisterous and charismatic young woman, who was voted most likely to succeed by her school mates, often referred to as the most dependable among her friends and described by her family as a go-getter, had been on the bridal train of all eight of her closest friends. She was practically handed the bouquet at Vees wedding for good luck. Finally, at 32 years of age, luck finally shone on her and she met D. It was a match made in heaven and within 8 months of meeting each other, they walked down the aisle and were pronounced husband and wife.

Following the wedding, life continued as usual, Mrs. D was voted best employee for the 4th time in 5years and had risen very quickly due to her high performance and dependable nature. As the news of the award came through, so did the news of conception, following an impromptu pregnancy test at the GPs office. She was delighted and quickly shared the good news with D and her family.

The pregnancy was uneventful, antenatal classes and work just seemed to go on smoothly. Fast forward to 9 months, Mrs D was delivered of a healthy baby boy without any complications. Mother, Father and Baby were doing great. She moved back home with D and quickly sought for a nanny to help out as she had never really had need for one. This was the plan as Ds mum was scheduled to arrive in two weeks. As every new mum would do, she stayed up late at night to breast feed her baby, changed his diapers and got up in time to prepare meals for D to take to work. D would wake up occasionally to help her, however, with time he realised that Mrs D had it all under control.

By the 3rd week when grandma arrived, Mrs D finally had someone around who was well experienced in baby management. Grandma would attend to the baby during the day, leaving Mrs D to get on with the house chores. While at night, Mrs D would still have to wake up to provide milk for the baby. Over time, she began to complain of always feeling tired and she found it difficult to get out of bed in the mornings, she was also noticed to be very irritable (snapping at everyone around her), spending time on social media and chatting with her pals no longer interested her and she seemed to feel weepy over little things such as when she watched the story about the abducted school girls on the news, she wept for hours and would suddenly burst into tears whenever she remembered the story. The most frightening observation for grandma was when she noticed Mrs D had become forgetful. She had trouble remembering activities planned for the day and would frequently get lost in thoughts. Grandma described her as being absent minded. With time, Mrs D began to worry about returning back to work, other sources of worry included her babys health, her husbands health and anything she could possibly worry about. Her worries became excessive with no justification for it. Grandma just wondered why Mrs D had suddenly become lazy and absent minded. She had overheard Mrs D telling the neighbour that life had become so boring and was no longer worth the effort. This caused grandma to worry and she insisted on following Mrs D to the 6th week post natal hospital visit. During this visit, when the obstetrician asked Mrs D if there were any concerns as she seemed to be doing just fine by her vital sign checks and laboratory reports. Grandma quickly chipped in that something didnt seem right. She expressed her concerns and the obstetrician quickly called a psychiatrist, who advised that he administer the Edinburgh Postnatal Depression Scale (EPDS). The high score attained on the scale prompted a referral to a psychiatrist for the management of postpartum depression.

Postpartum depression affects 1 in every 7 new mothers and 10% of new fathers, according to recent studies. The World Health Organisation (WHO) suggests that about 20% of mothers in developing countries experience depression after childbirth. Although, there is no single cause for this illness. It is believe to occur as a result of multiple biological, psychological and social factors. Biologically, it has been postulated that the sudden change in oestrogen and progesterone following childbirth could play a role in the chemical changes seen in the brain that lead to mood swings. In addition, factors such as: sleep deprivation as a result of caring for the new born, complications during or after childbirth, poor family support, among others.

Red flags that point to a possibility of postpartum depression include: crying a lot or feeling sad for prolonged periods of time, persistent fatigue, lack of desire to meet up or stay in touch with family/friends, lack of interest in the baby, feelings of being overwhelmed, irritability, feelings of guilt, reduced confidence, changes in appetite, sleep and libido, reduced motivation, difficulty paying attention and sustaining concentration, memory lapses, feelings of helplessness and hopelessness, excessive worries and thoughts of harming ones self or the baby. If left untreated, it can progress for months or years and during its cause, negatively affect productivity and the quality of life. Management could involve medications, psychotherapy, lifestyle modifications, adequate rest and support.

It is important to speak with a healthcare professional and proactively seek mental health support during pregnancy and afterwards. The support received by new mothers can make a big difference in the outcome of this disorder. WHO recommends that at each postnatal contact with health workers, mothers should be asked about their emotional wellbeing, what family and social support they have and their usual coping strategies for dealing with day-to-day matters.

Each one, reach one.

Each one, teach one.

Until all are taught