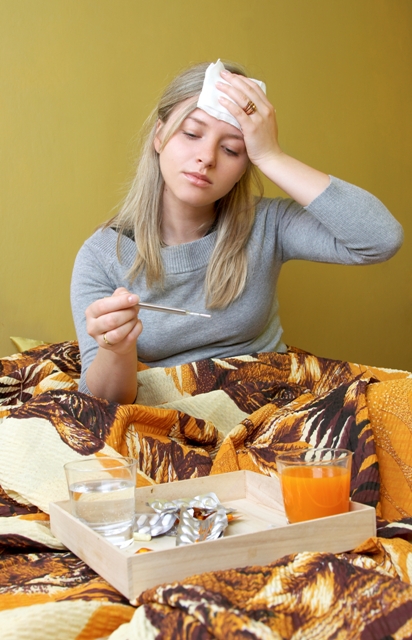 Do you often get accused by friends, colleagues or even family members that you have a habit of exaggerating about simple health issues? Do you often rush to your doctor at the the slightest instance of feeling a bit off-color? And are you constantly worried that you will or already might have developed some serious ailment or disease? If you answered a yes to any of the above the questions, then you might be suffering from Hypochondriasis. Hypochondriasis can occur at any age, but it tends to start during adolescence. Men and women are equally affected it. Consultant physician Dr Monica Goel says, Hypochondriasis is a disorder where one believes that they are experiencing medical illness, either real or imagined. They also believe that the symptoms they can be attributed to serious medical ailments.

Hypochondriasis can lead to severe anxiety and depression in the sufferer. In hypochondriasis, a person is preoccupied with various bodily symptoms which he believes are an indicator of a serious disease. He/she typically goes to many doctors, and has a huge medical file, with almost every known investigation done, and that too repeatedly. He/she is temporarily convinced when doctors reassure them, but their fears surface again in a short while. The symptoms of hypochondriasis can disrupt the patients life, as well as that of his family. They may stop working, may want to change their residential area as it is damp/polluted/dusty. They spend huge amounts on doctors, and often limit their diets according to their own interpretations of what is cold or hot, or what causes acidity or gas. Often this can lead to real nutritional deficiencies.

The symptoms of hypochondria usually follow a familiar pattern. The sufferer will develop an overpowering fear of a particular illness or illnesses. Often the fear is out of proportion with the illness based on non-existent symptoms. The opinions of physicians and other medical experts often do not help in controlling the fear.
There are a number of reasons as to why a person might develop hypochondriasis.
Having learned apparent benefits of being sick, such as receiving attention.
Hypochondriasis may occur in an individual who had a childhood illness or had a sibling with a childhood illness.
Hypochondriasis may develop from or be a sign of one of other disorders such as anxiety.

This condition has often been linked to underlying emotional issues such as a preoccupation with death or a life-changing event. Poor ability to express emotions. The worries of hypochondriacs can have severe ramifications in daily life. They may seek out reassurance from family, friends, or health care providers on a regular basis. Because they are very pessimistic in their approach towards life, they generally dont enjoy socially. Personality-wise, hypochondriasis should not be a way of seeking attention from others by pretending to be sick. Repeated absenteeism from work often results in financial difficulties and interpersonal problems. Many patients are preoccupied that they have a certain specific disease, such as AIDS, cancer, paralysis, or heart disease. In others, there is a conviction which is delusional that the symptoms were caused by some food, medicine or event, and they often blame a certain person for their condition. The internet has led to a huge increase in hypochondriasis. Access to medical information has caused even the otherwise healthy to suddenly become aware of trivial bodily symptoms, and arrive at alarming diagnosis.
They are also then scared of taking treatment for genuine illnesses as they have read up the side effects of medication. Since hypochondriacs spend a great a deal of their time unnecessarily worrying about their health, they need to overcome this pattern of behavior. We suggests that firstly develop a close trusting relationship with your physician in which one feels comfortable discussing your concerns and trust their evaluation of your condition. Seek help through Cognitive Behavioral Therapy from psychiatrist or psychologist. And exercise as its not just good for your health, but it also makes you feel better about your health.
Let’s be your partner on your journey to recovery. Visit The Freudian Centre @ www.freudiancentre.com
08118879443,
09040024076